Please fill this form and we'll get back to you as soon as possible.

by Hydrodex / / Published in Filter

Reverse Osmosis RO Membrane Colloidal fouling is caused by inorganic and organic compounds that naturally exist in suspension and may be concentrated by the SWRO desalination plant separation process, and precipitate on the Reverse Osmosis RO membrane surface thereby causing membrane flux decline over time. Colloidal solids have particle size of 0.001 to 1 μm. For prevention of Reverse Osmosis RO Membrane Colloidal Fouling, SWRO membrane manufacturers usually require RO membrane feed turbidity of less than 0.1 NTU, zeta potential higher than – 30 microvolts (mV) and SDI15 less than 3. The two most common culprits of this type of fouling are colloidal silica and iron.

Typically, seawater collected via open ocean intake does not contain significant amounts iron and silica in colloidal form and this type of fouling usually does not present a challenge in seawater desalination systems with open ocean intakes. Stability of colloids is reduced with the increase in source water salinity, and typical seawater with TDS concentration in a range of 30000 to 45000 mg/L, would contain silica and iron in dissolved and precipitated form rather than in colloidal form. However, if the source seawater is collected via subsurface well intake which is under the influence of brackish coastal aquifer with high content of colloidal silica and/or iron, or it is collected near an area where silt laden river enters into the ocean, than colloidal fouling may become a challenge. Reverse Osmosis RO Membrane Colloidal Fouling could be removed by coagulation, flocculation and filtration, which also applies to Reverse Osmosis RO Membrane particulate fouling.

What you can read next 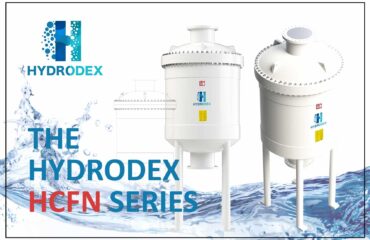 GET A FREE QUOTE

Please fill this for and we'll get back to you as soon as possible!

Stay updated with our latest news, products and offers.